iSlide has started 2020 with a waterslide in “Batensteinbad”. The waterslide has been upgraded with an Aquasmash System. To celebrate, Batensteinbad held a contest to name the new slide and to announce the winner an official opening had been organized.

WOERDEN (22-01-2020) – Thijs van den end, Paralympic swimmer, stated the upgraded waterslide at Batensteinbad officially openend by cutting the ribbon this afternoon. Besides that he revealed the new name for the waterslide: Turbo Dukkie. In December WoerdenSport introduced a contest to find the best name for the waterslide. Today the winner was announced: Roel van der Arend. 7-Year old Roel from Woerden is very proud that ‘Turbo Dukkie’ is displayed in Batensteinbad. “Out of 120 submissions we chose Turbo Dukkie, because the waterslide got a cool ’turbo’ now so the name really fits the new waterslide” according to Barber Uijl, sales and marketing at WoerdenSport. The new waterslide offers lots of fun extras. A competition element has been added, where the speed of your ride is been measured. There are also multiple touchpads in the slide, where you have to try to hit as many as possible during your ride. Other than that you can choose from four different themes, including lights and sounds for your ride.

Batensteinbad has already seen an increase in visitors in the first few weeks! 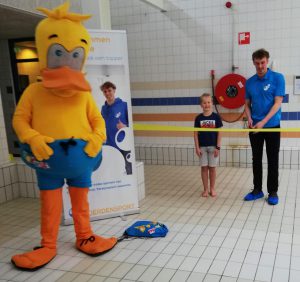 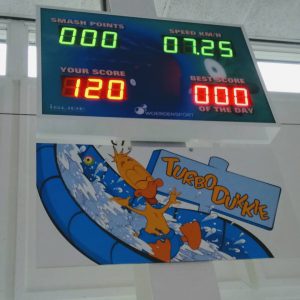 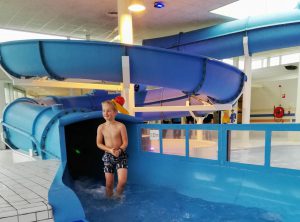